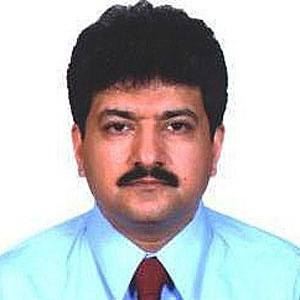 He studied communications at the University of Punjab, earning his M.A. degree in 1989.

He received the prestigious Hilal-i-Imtiaz prize for his work as a journalist and news anchor.

His father, Mir Abdul Aziz, had a career as a poet, and his grandfather, Waris Mir, was a journalist.

Hamid Mir Is A Member Of