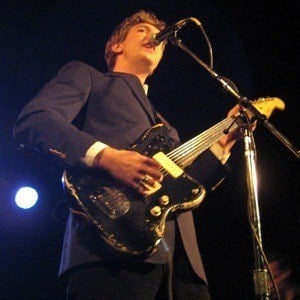 Singer-songwriter who first made a name for himself as the lead vocalist for The Walkmen. He would later launch his solo career with the debut album Black Hours in 2014.

Before The Walkmen was formed in 2000, he and bandmate Peter Bauer were first members of the short-lived indie band The Recoys.

He released his debut solo EP I Could Have Sworn in 2015.

In 2016, he released the album I Had a Dream That You Were Mine with Vampire Weekend's Rostam Batmanglij.

Hamilton Leithauser Is A Member Of