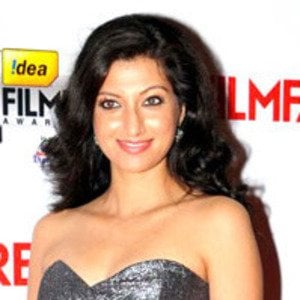 Indian model and actress who made her mark with several appearances in Telugu films. She has also modeled in the Celebrity Cricket League, MaaStars magazine and Hyperabad International Fashion week.

She started modeling for an advertising agency at the age of 11.

She made her movie debut in the film Anumanaspadam directed by Vansi.

She was born Poonam Bartake in Pune, Maharashtra, but is better known as Hamsa Nandini.

Hamsa Nandini Is A Member Of