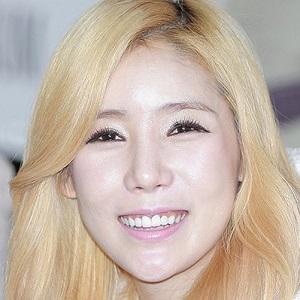 Born Jung Hana, she is a popular South Korean rapper and member of the girl group Secret. She has made appearances on a number of South Korean reality shows such as Weekly Idol, Star King, and Let's Go Dream!

Secret released their first album Moving in Secret in 2011 and their follow-up Welcome to Secret Time in 2012. She's also gone by the name Zinger.

She was raised in Gyeonggi. Her mother was also a singer.

She and Lee Hongki both became top-selling artists in South Korea.

Hana Is A Member Of