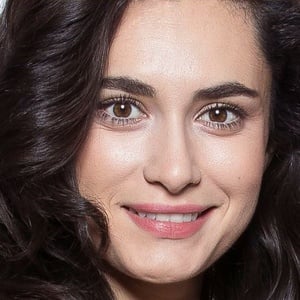 Turkish actress most famous for playing the role of Zeynep Yilmaz Sayer on the Turkish television series Gunesi Beklerken, Dogandemir. She also appeared on Leyla Ile Mecnun, Subat, and other popular TV shows.

She studied sociology at Ankara University in her native Turkey.

She starred in the 2015 film Bana Masal Anlatma.

She was born in Ankara, Turkey, and she later settled in Istanbul. In 2014, she was romantically involved with Okan Yalabik.

She is a contemporary of fellow Turkish television actress Beren Saat.

Hande Dogandemir Is A Member Of