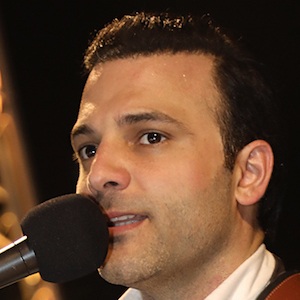 Jordanian singer and Spanish-Levant musician known for his songs "Ya Mohra," "Ahwaly Matsorresh" and "Ya Tair Ya Tayer."

He studied the flamenco guitar for five years. Although he had been a musician for years, he received his Bachelor of Arts from the Jordan Academy of Music in 2005.

He has been a judge on the talent show Jordan Star since 2015.

He is friends and collaborators with the violinist Ara Malikian.

Hani Mitwasi Is A Member Of