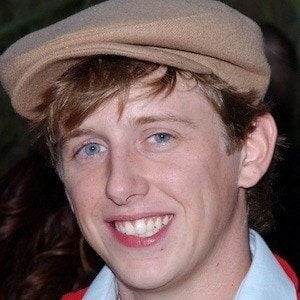 Actor who rose to prominence at the turn of century as Emory Dick on the show Popular. He also played Charlie Yerrin on The Lyon's Den and Randall on The Man in the High Castle.

He started acting when he was 16, appearing in an episode of Mr. Rhodes. He went on to act on several more shows in 1997.

His movie credits include playing Pumpkin Romanoff in Pumpkin, Young Carl in Insidious: Chapter 2, and Ronny in Extreme Movie.

He was born in Minnesota but also spent time in New Mexico growing up.

He appeared alongside Leslie Bibb on Popular.

Hank Harris Is A Member Of