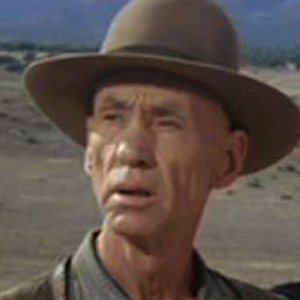 He toured the country as a rodeo rider before playing the Lone Ranger and appearing in Westerns. He appeared with John Wayne in True Grit, The Searches, and The Alamo.

He broke his neck by falling off of a horse sometime in his 20s, but continued to ride, claiming he just had a sore neck.

He played small parts in a dozen of John Ford's classic westerns, and appeared 17 films with John Wayne.

He was born in Rolfe, Iowa, and raised on a cattle ranch in Montana.

He and Tex Ritter were both spotted by a talent scout at a rodeo in Madison Square Garden, and were offered a role in the Broadway production of Green Grow the Lilacs.

Hank Worden Is A Member Of