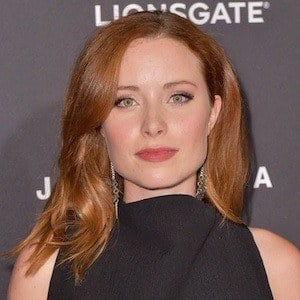 Film and television star best known for her portrayal of Eleanor Bonneville in the 2017 horror film Jigsaw. She also played recurring roles in Gangland Undercover and Shoot the Messenger.

She began her acting career by scoring guest roles in episodes of The L.A. Complex and Saving Hope in 2012.

A writer and filmmaker, she wrote, directed, and produced the 2016 short film Come Back.

She has a twin brother named Nate.

Matt Passmore and Tobin Bell also appeared with her in the 2017 film Jigsaw.

Hannah Emily Anderson Is A Member Of