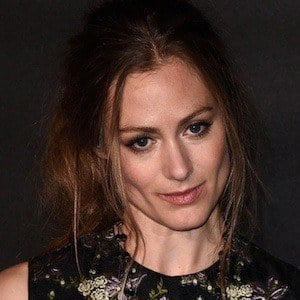 Public relations executive best known for being the wife to actor Eddie Redmayne.

She met Eddie while he was in attendance at Eton College and she was at the neighboring boarding school for girls.

She graduated from the University of Edinburgh with a Master's degree in English Literature and French.

She and Eddie were friends for 12 years before they became romantically involved in 2012. They married in December of 2014, and welcomed a daughter named Iris Mary Redmayne in June of 2016. They welcomed a son named Luke in March of 2018.

She and Eddie made their Red Carpet debut together at the premiere of Tom Hooper's Les Misérables.

Hannah Bagshawe Is A Member Of