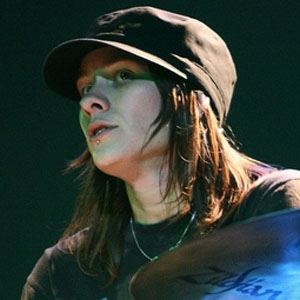 After performing with a Seattle punk band called Shoplifting, this drummer became part of the indie rock band Gossip, recording several albums with the group, including A Joyful Noise and Music for Men.

She joined Gossip in 2003, taking over for the band's previous drummer, Kathy Mendonca. Her first recording with Gossip was Standing in the Way of Control (released in 2006).

She collaborated with such musicians and bands as Sarah Dougher and the Chromatics.

She and her Gossip bandmate Beth Ditto both openly embraced a lesbian identity.

Hannah Blilie Is A Member Of