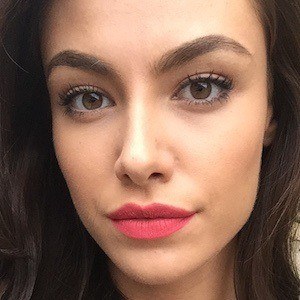 Model and YouTuber who's represented the brand Matalan and appeared in Women's Magazine UK. She signed with Next Models London. She also runs a makeup YouTube channel with more than 60,000 subscribers.

She started modeling right around her 13th birthday. She uploaded her first video to YouTube in 2013.

She's done a lot of modeling for maternity clothing, although she doesn't have any children of her own.

She grew up in Hampshire alongside her brother Alex. Her father's name is Mark and her mother's name is Teresa. She has a cat named Owen and a crested gecko named Fred.

She was chosen by George Michael to be the featured model for his song "Let Her Down Easy."

Hannah Janes Is A Member Of