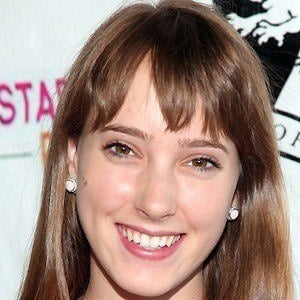 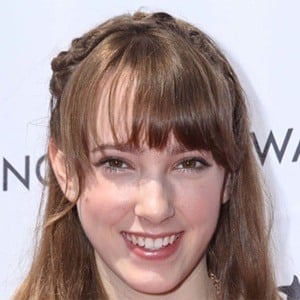 American actress who had recurring roles on Kickin' It, Twentysixmiles, and The Suite Life of Zack and Cody.

She began taking college classes in Film and Television Studies and Social and Behavioral Sciences at age twelve and received an AA degree at the young age of sixteen.

She was born to Reid Dworkin and Lima Lynn Fonseca. Her older half-sister Lyndsy Fonseca was a series regular on Nikita and How I Met Your Mother.

She was chosen to play a young version of Carol Burnett in Burnett's autobiographical play Hollywood Arms.

Hannah Leigh Is A Member Of