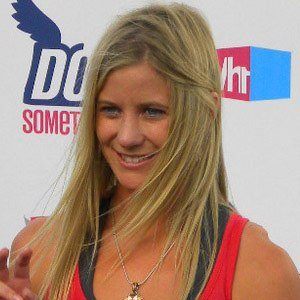 Women's snowboarder who won Olympic gold in 2006 in the halfpipe and X-Games gold in the 2003 superpipe.

She learned how to snowboard on the Okemo Mountain in Vermont when she was 8 years old.

She won a silver medal in the halfpipe event at the 2010 Olympics.

Her parents Pat and Jeff Teter were both avid skiers before converting to snowboarding.

Her friend and teammate Gretchen Bleiler took silver behind her in the 2006 Olympic halfpipe.

Hannah Teter Is A Member Of