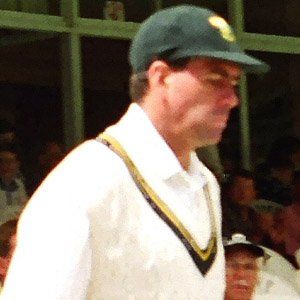 Elite right-handed batsman who was South Africa's captain during the 1990s and was later banned for life for involvement in match-fixing and tragically died in a plane crash in 2002.

He played rugby and cricket at Orange Free State Province.

His test debut came in April 1992 against West Indies.

He played alongside all-rounder Jacques Kallis on South Africa.

Hansie Cronje Is A Member Of