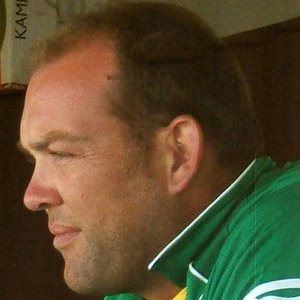 Right-handed batsman recognized as one of the greatest all-rounders in the history of cricket, he became the first player to score 10,000 runs and take 200 wickets in both ODI and Test play.

As a teenager, he played for the Old Edwardians team, where coaches began to see his potential as an all-rounder.

He retired with 45 centuries, second-most in Test history. His Test batting average was over 55 while his bowling average was under 33, a 20-plus-point difference matched by few other all-rounders.

He has a younger sister named Janine. He was once engaged to Cindy Nell, who was Miss South Africa 2002.

He scored a 115 in his final Test, giving him 13,289 career runs, good enough for third all-time by one run over Rahul Dravid.

Jacques Kallis Is A Member Of