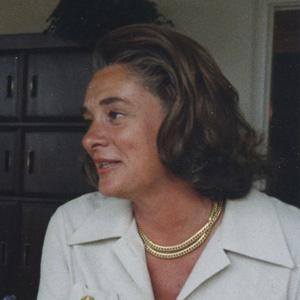 Wife of Nelson Aldrich Rockefeller, the 41st Vice President of the United States of America. She was also a public delegate to the United Nations during the early 1990's.

She and her first husband, Dr. James Murphy, married in 1945 and had four children before divorcing in 1963, one month before she married her second husband Nelson.

She is a breast cancer survivor and underwent a double mastectomy in 1974.

Her life with her first husband lasted less than a decade, and the Rockefellers had two sons, Nelson Jr. and Mark.

Happy Rockefeller Is A Member Of