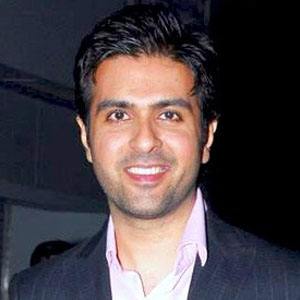 Bollywood actor who can be seen in films including Victory as Vijay Shekhawat and What's Your Raashee? as Yogesh Patel.

He made his debut in the film Love Story 2050 as Karan Malhotra, a role which garnered him a Filmfare Award nomination.

He made a cameo appearance as Naman Singh Chaddha in Gori Tere Pyaar Mein.

He was in a relationship with Bipasha Basu that started in February 2014, but the couple split later that year.

He and Adhyayan Suman are both Filmfare award nominated Bollywood actors.

Harman Baweja Is A Member Of