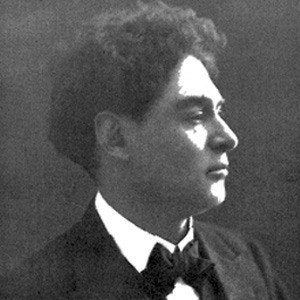 Started his career as a violinist, even studying under the world-famous Hungarian Jewish violinist Adolf Pollitzer.

He toured England as a violinist for nine years and did not begin his piano studies until 1892.

He founded the Beethoven Association after relocating to the United States.

He was married to Marie Knapp until her death in 1940. He then married a former student, concert pianist Wynne Pyle, in the early forties.

He premiered Claude Debussy's Children's Corner in Paris on December 18, 1908.

Harold Bauer Is A Member Of