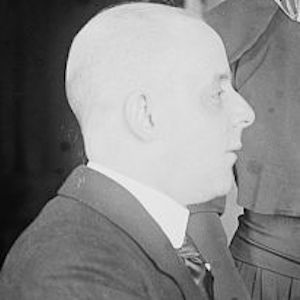 Considered to be one of the greatest accompanists of his era. He mainly accompanied lieder singers.

He worked with many of the foremost artists of the time, including Raimund von zur-Mühlen, Elena Gerhardt, Julia Culp, Frieda Hempel, Gervase Elwes, Ludwig Wüllner, and Helen Traubel.

He wrote a highly regarded book about the art of accompanying titled The Well-Tempered Accompanist in 1949.

He was born in Leiden, but he died in Chappaqua, New York. His family recognized his talent early on and enrolled him in the Berlin High School for Music.

He left behind recordings of many composers, including Franz Schubert.

Coenraad V. Bos Is A Member Of