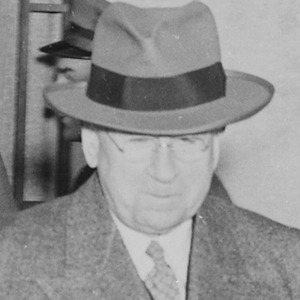 Secretary of the Interior under Franklin D. Roosevelt who held that position longer than any other American in US governmental history. He was a key figure in the New Deal administration.

Developing a sympathy for the working class from his early professional life, he volunteered in a settlement house and took civil liberties cases pro bono.

His meticulous planning of over $5 billion in New Deal public works funds ensured the minimum of graft, although it also made the expenditures too slow to affect the economy.

He was born in Altoona, Pennsylvania.

Harold Ickes Is A Member Of