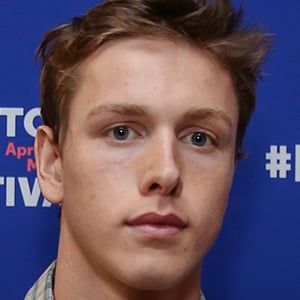 Actor who played in Frankie in the 2017 film Beach Rats. He won Young British/Irish Performer of the Year at the 38th London Film Critics' Circle Awards for the role. He was cast in the 2018 film The Darkest Minds.

He dropped out of school at 17 to pursue acting full time. He nearly joined the Marines.

He signed on to play J. Paul Getty III in the FX show Trust.

He posted a photo of his girlfriend, Rose Gray, to Instagram in February 2018.

He has been nominated for the same acting awards as Tom Holland.