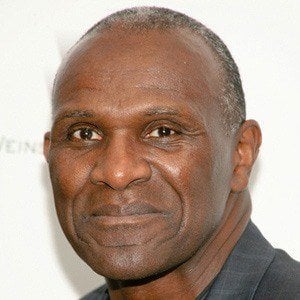 Linebacker for the New York Giants who was selected to the Pro Bowl 9 times and became a member of the Pro Football Hall of Fame.

Legendary coach Bill Belichick said that he was the best linebacker he ever had the pleasure of coaching.

He married his long time girlfriend, Sharry, in 1978.

He teamed up with Lawrence Taylor to give the New York Giants one of the best defenses in NFL history.

Harry Carson Is A Member Of