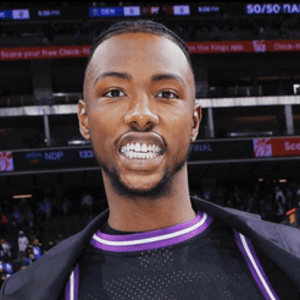 Forward who was one of the top high school recruits in the class of 2016 out of Wesleyan Christian Academy. He played one year of college basketball at Duke before declaring for the NBA. He was selected 20th overall in the 2017 NBA Draft by the Portland Trail Blazers, who then traded him to the Sacramento Kings.

He tore his ACL, MCL and meniscus while playing for Team USA's U16 squad in 2013.

He was one of the top performers for Team USA at the U19 FIBA Americas Tournament in 2015.

He was born in Winston-Salem, North Carolina to Melissa Addison-Giles and Harry Giles, Sr. He has an older brother, Marquis, and three older sisters, Shalaria, Shari and Quanetrea.

He played for head coach Mike Krzyzewski at Duke.

Harry Giles Is A Member Of