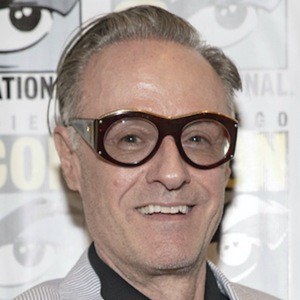 Best known for his portrayal of Deputy Andy Brennan in the cult television series Twin Peaks, he would play the role of Sgt. Knight in Eerie Indiana.

He attended the University of Texas, Austin and graduated with a degree in fine arts.

He had film roles in The Underneath, directed by Steven Soderbergh, as well as Deadroom, St. Nick and Earthling.

He was born in Jacksonville, North Carolina and raised in Beaumont, Texas.

Director David Lynch cast Goaz as Andy Brennan after meeting him at a memorial tribute to Roy Orbison.

Harry Goaz Is A Member Of