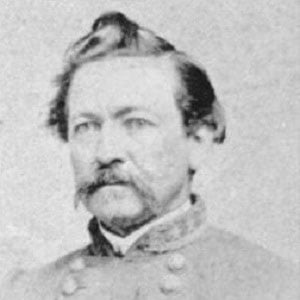 Remembered best for leading the "Louisiana Tigers" infantry brigade in the American Civil War's 1863 Battle of Gettysburg, this Confederate Army general had previously served in the Mexican-American War.

He was severely injured during the 1864 Battle of Spotsylvania Court House and soon thereafter ended his military career. After the Civil War, he briefly served as Sheriff of New Orleans, Louisiana.

He spent his early years in Tennessee and Mississippi and later lived in Maryland and Louisiana.

Hays' family's Tennessee homestead, The Hermitage, eventually became the home of United States President Andrew Jackson (whose wife was a relative of the Hays family).

Harry Hays Is A Member Of