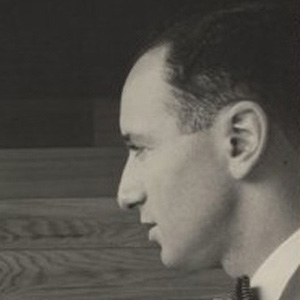 Outspoken proponent of Modernism in his homeland, transforming its architecture in the process. He was also controversial for his demolition of some of Sydney's oldest buildings.

He was detained by British authorities in May 1940 as an enemy alien and placed in an internment camp on the Isle of Man, after which he was deported to another internment camp in Quebec. He was released in October 1941 and enrolled in the University of Manitoba's architectural program.

He was a founding member of the Australian Architecture Association; he was a pioneer of the principles of Bauhaus in Australia.

He was born into the family of a Jewish textile manufacturer. He married Penelope Evatt in 1958, and they had two children.

He studied under Walter Gropius while attending the Harvard Graduate School of Design.

Harry Seidler Is A Member Of