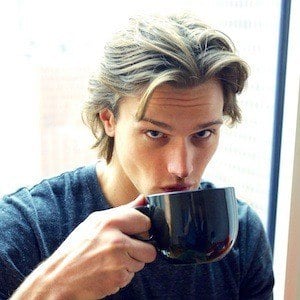 Actor whose profile was raised considerably when he was cast as Ralph Dibny, also known as Elongated Man, on The Flash in 2017. He was previously known for his recurring roles on such series as Glory Daze, Miss 2059 and The Young and the Restless.

He graduated from Goshen Central High School in Goshen, New York. He later studied at Emerson College in Boston, Massachusetts.

He did voiceover work for the first-person shooter game Call of Duty: Black Ops III (2015).

He has a brother named Jansen.

He was cast alongside Grant Gustin on The Flash.

Hartley Sawyer Is A Member Of