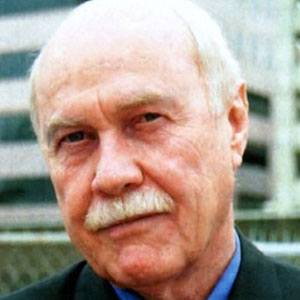 Actor and singer who began his career in The Unsinkable Molly Brown. His other credits include Saving Private Ryan, Dawson's Creek, and Flags of Our Fathers.

He debuted with a career in classical singing, performing with the San Francisco Opera, Roger Wagner Chorale, and the Philadelphia Orchestra.

He won a Golden Globe Award for his role as Leadville Johnny in The Unsinkable Molly Brown.

His first wife was Sheryl M. Green, with whom he had two children.

He was in Flags of Our Fathers, which was produced by Steven Spielberg.