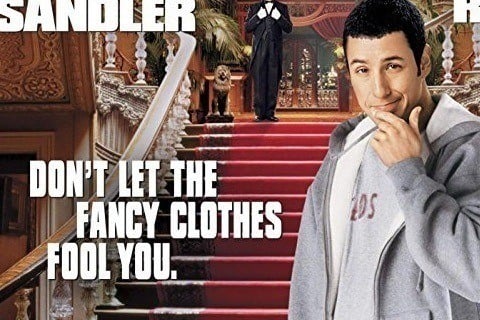 Longfellow Deeds is a small-town guy who loves his simple life, until one day a rich relative leaves him 40 billion dollars and the largest media company in the world, and Mr. Deeds must run the business his way.

The film is based off the story titled Opera Hat by Clarence Budington Kelland. During filming, Winona Ryder broke her arm.