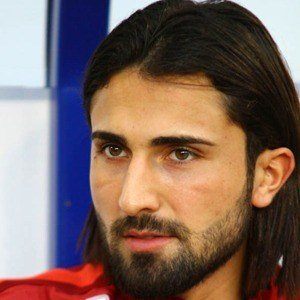 Left wingback who became a member of the Turkish national team in 2012. He spent two years with Kayserispor before joining Fenerbahçe in 2012.

He started playing soccer at the age of three. He began his youth career with TuS Koblenz in 2005.

He made his professional debut for Kayserispor in a February 6, 2010 game against Galatasaray.

He was born to Turkish parents and raised with two younger siblings.

He became teammates with Caner Erkin on the Turkish national team.

Hasan Ali Kaldırım Is A Member Of