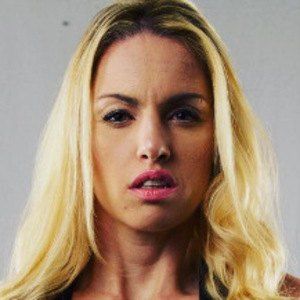 American boxer nicknamed The Heat who first made waves as an amateur, winning a National Championship and an NYC Golden Gloves Championship. As a professional, she has been crowned the UBF and WBC Super Bantamweight International Champion.

She grew up in the Gerittsen Beach neighborhood of Brooklyn, New York. She started taking kickboxing lessons to get back in shape after the birth of her first child.

She became the first female boxer ever to be signed to a long-term contract by DiBella Entertainment, one of New York's biggest boxing promoters.

She has a daughter, whom she raised as a single mother.

Like Shannon Briggs, she is a successful boxer from Brooklyn.

Heather Hardy Is A Member Of