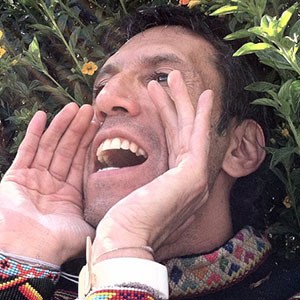 Colombian singer and instrumentalist who is known for his work with the Colombian Latin band Aterciopelados. He is also known for his solo career and for his hit singles "Altisimo" and "Fruto Real".

He originally came from a hardcore rock background. He played in several bands early on including in La Pestilencia before joining Aterciopelados. He then went on to release his debut solo album in June of 2006.

He is also known for having opened one of Bogota's first rock only clubs.

He was born and raised in Bogota, Colombia.

He collaborated with fellow artists Julieta Venegas and Alex Ubago on his debut solo album Connector.

Héctor Buitrago Is A Member Of