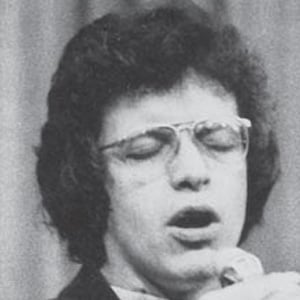 Known as the El Cantante de los Cantantes, the singer of singers, he garnered numerous awards for his jibaro salsa-flavored music.

Starting at age fourteen, he was making enough money to drop out of school and move to New York to devote himself entirely to music.

Though professionally an unqualified success, his personal life was littered with tragedy; he struggled with drugs, suicide attempts, and the death of close family members.

He was born in the Machuelito barrio of Ponce, Puerto Rico and grew up in a musical family. He had sons named Jose and Hector and a daughter named Leslie.

He performed with some of the top Latin musicians of his time, including Tito Puente, with whom he sang "Donde Estabas Tú."

Héctor Lavoe Is A Member Of