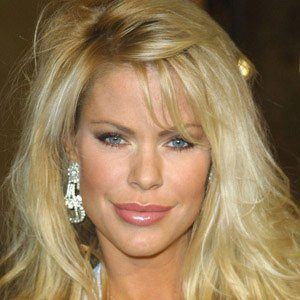 Actress who played Jazz De Guise on the soap opera Ocean Ave alongside Marc Menard. She had guest starring roles on Ally McBeal, Baywatch and Married... with Children.

She used to work in her father's law office. In July 1995, she was named Playboy's Playmate of the Month.

She appeared in the film Rock Star with Jennifer Aniston.

She married Vince Neil in 2000, but filed for divorce a year later.

She appeared in the film Life Without Dick with Sarah Jessica Parker.

Heidi Mark Is A Member Of