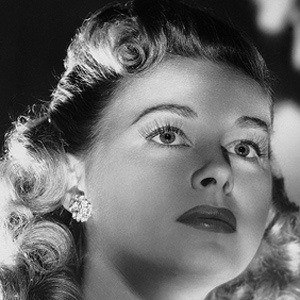 Popular film actress who appeared in nearly 20 films throughout the '40s and early '50s.

She made her film debut in the 1942 film Lucky Jordan.

Her promising career was sidetracked when she flipped her car, killing one passenger and seriously hurting another.

Helen Walker Is A Member Of