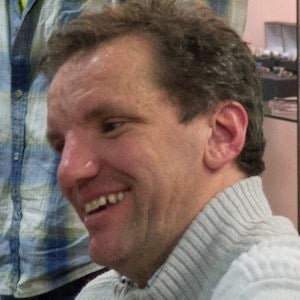 German stand-up comic who has called himself "the German comedy ambassador in London." He has appeared across British television in shows such as 8 out of 10 Cats, Have I Got News For You and Room 101.

In 2002, he moved to the UK to work in the marketing department for Wycombe Wanderers FC. He happened upon an open mic night during this time, and began cultivating a stand-up comedy routine.

In May 2013, he appeared on the Channel 4 political comedy show 10 O'Clock Live as a panelist. In 2014, he and Mark Watson co-hosted a travelogue called The Road to Rio for the British channel Dave.

He was born and raised in Hagen, Germany.

He appeared in a season 7 episode of the British TV series Would I Lie to You? alongside host Rob Brydon.

Henning Wehn Is A Member Of