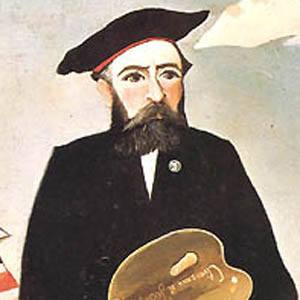 Post-Impressionist painter known for his lush, exotic jungle scenes. Known for his embrace of the Naïve or Primitive styles. His final painting was "The Dream" from 1910.

He worked as a lawyer before devoting himself to his artistic career. He was also a toll collector. He would not be recognized as a self-taught innovator until late in life.

His painting, "The Hungry Lion Throws Itself on the Antelope," inspired artists such as Henri Matisse.

He married Clemence Boitard; together, they had six children. After his first wife's death, he married Josephine Noury.

He was referenced in Joni Mitchell's song, "The Jungle Line," from her album, "The Hissing of Summer Lawns," released in 1975.

Henri Rousseau Is A Member Of