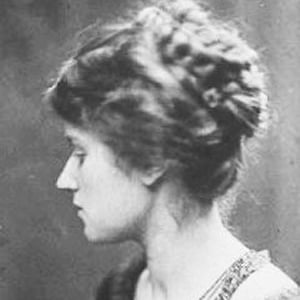 Prolific Pre-Raphaelite painter whose best-known works include "Love's Messenger" from 1885 and "Beatrice" from 1895.

She studied under the great artist Ford Madox Brown.

Her paintings frequently portrayed women and scenes from classic works by Shakespeare, Boccaccio, Petrarch, and Dante.

She was the oldest daughter of a wealthy merchant. She married and had three children with the American journalist and artist William J. Stillman.

She was the mother of renowned author Virginia Woolf, who was also involved in the Pre-Raphaelite art movement.

Marie Spartali Stillman Is A Member Of