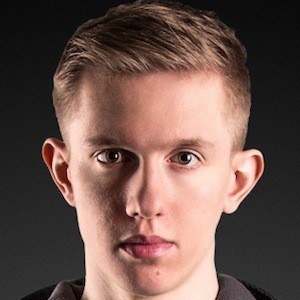 Best known for his prolific career playing League of Legends. He plays the position of mid-laner for the Echo Fox team, which he joined in January 2016. He runs a popular Twitch channel with over 750,000 followers.

During his early years, his favorite games were Counter-Strike and Warcraft 3. He was introduced to League of Legends by his brother.

In 2011, he joined the newly-formed Counter Logic Gaming EU team. In December 2015, he earned a silver medal at the All-Star Los Angeles 5v5 Event.

He has competed on the Counter Logic Gaming EU team alongside George Georgallidis.

Henrik Hansen Is A Member Of