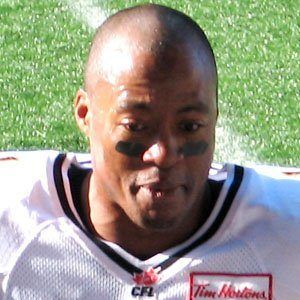 Quarterback who became one of the most prolific passers in Canadian Football League history. He won Grey Cups with the Calgary Stampeders in 1997 and 2008.

He attended Temple University, where he set numerous passing records.

He received the CFL's Most Outstanding Player Award in 2010.

He has children named Armand and Barron.

He and Doug Flutie, who also played many years in the NFL, were both named CFL Most Outstanding Player.

Henry Burris Is A Member Of