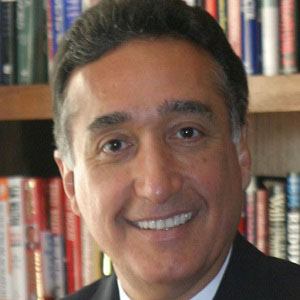 Under the presidential administration of Bill Clinton, Cisneros served as United States Secretary of Housing and Urban Development. Previously, he had held office as Mayor of San Antonio, Texas.

After earning bachelor's and master's degrees in Urban Planning from Texas A&M University, he received advanced degrees in Public Administration from both Harvard University and George Washington University.

The recipient of numerous awards (including the American Institute of Public Service's Jefferson Award and VISTA Magazine's "Hispanic Man of the Year" honor), Cisneros is notable as the second Latino man in American history to have been elected mayor of a city of significant size.

The child of Elvira and George Cisneros, he was born and raised in San Antonio, Texas. His marriage to Mary Alice Perez resulted in children named Teresa, Mercedes, and John Paul.

He served on the board of Arnold Schwarzenegger's After-School All-Stars program.

Henry Cisneros Is A Member Of