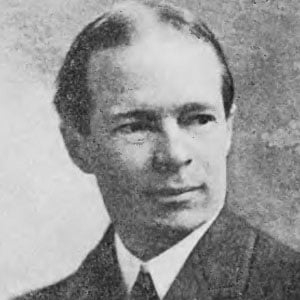 Remembered for his early contributions to the field of ecology, Cowles is particularly known for important research he conducted at the Indiana Dunes. Also a botanist, he penned works titled Plant Societies of Chicago and Vicinity (1901) and Text-Book of Botany (1910).

After studying at Oberlin College, he received his doctorate from the University of Chicago.

One of the sites of Cowles' ecological research was renamed Cowles Bog as a tribute to him.

He spent his early days in Kensington, Connecticut, and later lived and worked in Ohio, Illinois, and Indiana.

Cowles was a founding member of the Ecological Society of America, an organization that was later headed by scientist Emma Braun.

Henry Chandler Cowles Is A Member Of