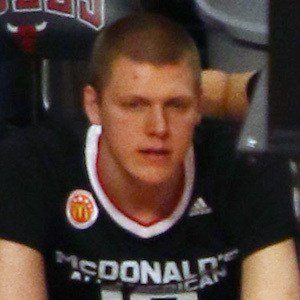 18th overall selection of the Detroit Pistons in the 2016 NBA draft who was named Big East Rookie of the Year and received First-team All-Big East honors in his lone season at Marquette.

In addition to playing basketball, he was a track and field athlete in high school. He competed in high jump and discus.

He helped United States' National Team win gold at the 2014 FIBA Under-17 World Championship. He was named Wisconsin Mr. Basketball in 2015.

He, his two brothers, and one sister are the children of John and Holly Ellenson.

He joined a Detroit Pistons roster that included Andre Drummond when he was drafted by the organization.

Henry Ellenson Is A Member Of