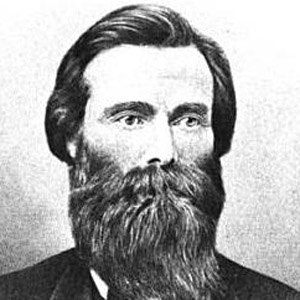 Attorney and California land surveyor who became the owner of the Mexican land grant, Rancho La Brea, in 1860.

He obtained Rancho La Brea, a strip of land that includes important districts and landmarks of modern-day Los Angeles (notably, the La Brea Tar Pits and the Miracle Mile museum district), as an estate gift from members of the Rocha family whom he had earlier served as an attorney.

He was a Union sympathizer during the American Civil War; for a time, he even commanded the Los Angeles Confederate watch dog site, Camp Drum.

He married Ida Haraszthy in 1863, and the couple had two sons.

He and Delaware-born U.S. Senator, Anthony Higgins, both attended Harvard Law School during the mid-19th Century.

Henry Hancock Is A Member Of