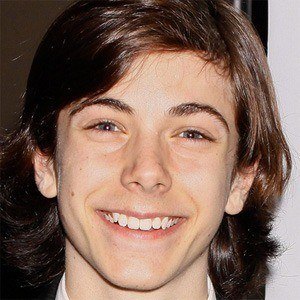 He was four years-old when he first hit the stage, appearing in an off-Broadway production of A Christmas Carol at the Ford's Theatre in Washington D.C.

He was honored at the Drama Desk Awards for his role as Horace Robedaux in the play The Orphans' Home Cycle.

He and his older sister Charly were born to parents Jane and James.

He appeared in the film Snow Buddies alongside Kris Kristofferson.

Henry Hodges Is A Member Of