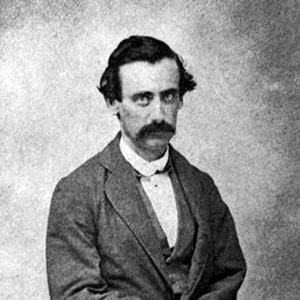 Civil War-era poet and Confederate Poet Laureate who is best remembered for works such as "Ethnogenesis," "Carolina," "A Cry to Arms," and "Katie." He died of tuberculosis in 1867.

He attended the University of Georgia and later worked in a law office.

He often submitted his poems to The Southern Literary Messenger.

He was born to a South Carolina family of German heritage. He later had a son with his wife Katie.

A 2006 New York Times article accused singer-songwriter Bob Dylan of basing some of his song lyrics too closely upon the poems of Henry Timrod.

Henry Timrod Is A Member Of