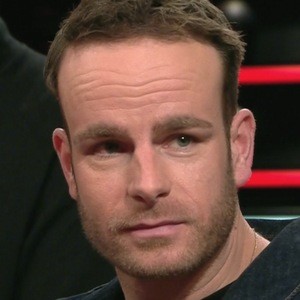 Comedian who played Volkert in The Lice Mother in 2018. He has over 70,000 followers on his Instagram account.

He started working as a stand-up comedian when he joined Comedytrain in March 2004.

He and Bridget Maasland both appeared in The Comedy Central Roast of Gordon in 2016.

Henry van Loon Is A Member Of