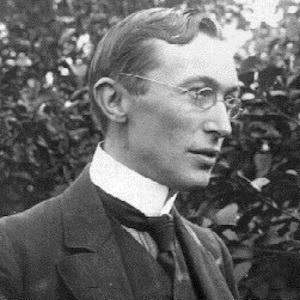 A Belgian novelist, playwright, teacher, and poet, he is best known for works such as De man zonder lijf and Maria Speermalie. In 1950, he was the recipient of the Belgian National Award for lifetime achievement.

He studied medicine at the Universite Libre de Bruxelles and later attended the University of Ghent, where he took courses in Germanic philology. He left both universities without graduating.

He had a life-long love of the theatre. In addition to writing plays, he founded the Studio , an Antwerp school devoted to the training of actors.

He had two daughters with his first wife, Mathilde Lauwers. His second wife was Johanna Hoofmans.

He was a contemporary of fellow Belgian-born author, Henri Michaux.

Herman Teirlinck Is A Member Of