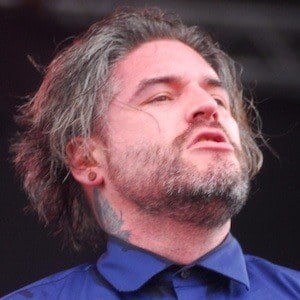 Born Hernan Hermida, he is a popular Venezuelan-born vocalist who has performed with the California-based death metal bands All Shall Perish and Suicide Silence.

Before releasing The Prince of Existence, his debut album with All Shall Perish, he recorded the 2005 album Solitude with the San Francisco band Gunmetal Grey.

He wrote the lyrics to all but two of the tracks on Suicide Silence's 2014 album You Can't Stop Me.

A native of Cabimas, Venezuela, he later lived in both Northern and Southern California.

He joined Suicide Silence in 2013, as a replacement for the band's previous singer, Mitch Lucker, who passed away in 2012.

Eddie Hermida Is A Member Of